The Sun Brothers was founded in 1965 in Sofia, Bulgaria. The name was concieved due to the fact that in concerts the Sun Brothers appeared on stage in sweat-shirts of different color, imprinted on the front with an enormous sun with glaring rays. At the time, the boys were between 19 and 22 years old. 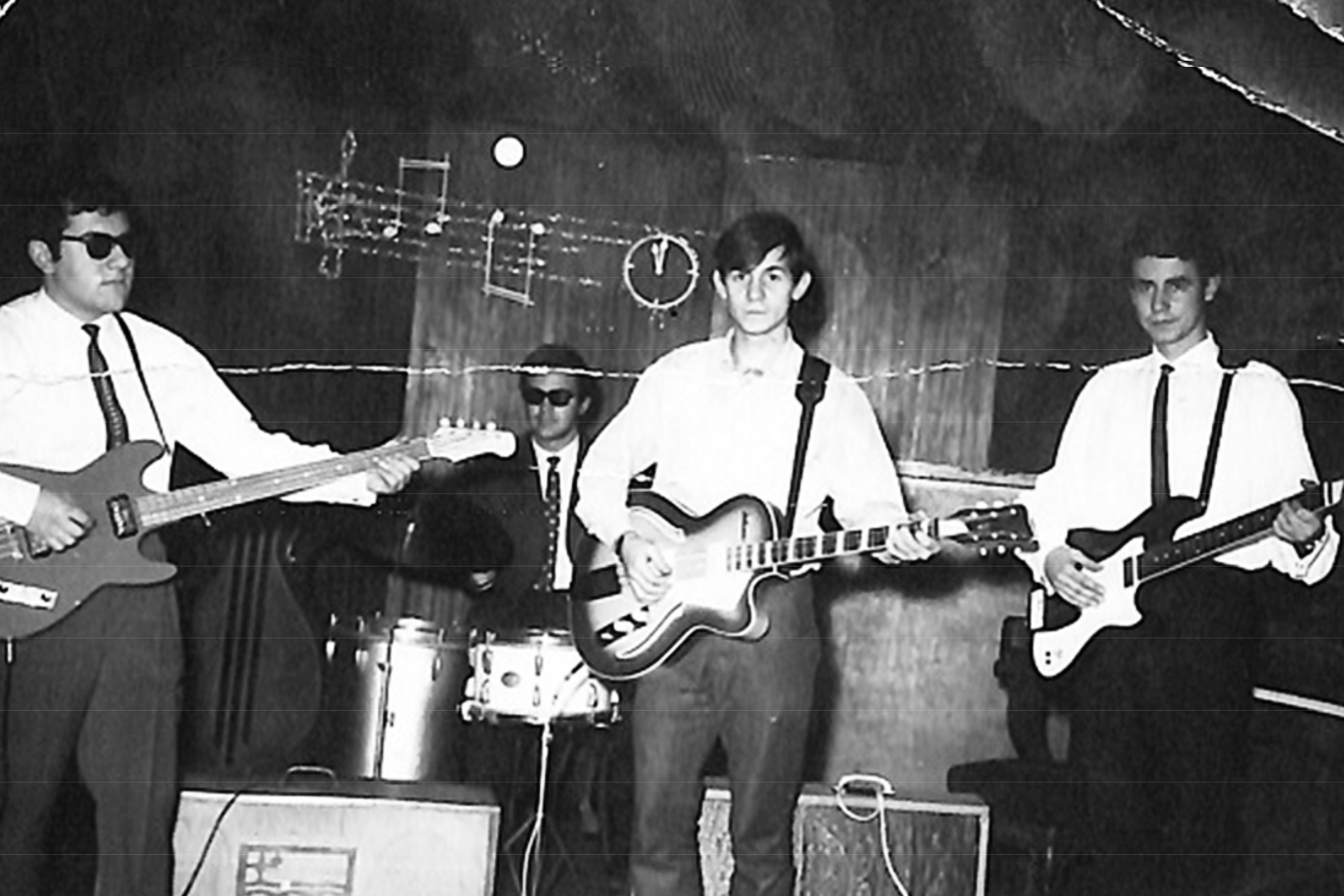 The group performed mainly songs of THE BEATLES (in original key), with arrangements and lyrics in English, with the leading vocals of Vesko supported by the voice by Petzi and the back-vocals of Izzi and George in addition to his fabulous drum-playing skills.

Other performances of the group in concerts were many instrumental tracks of the SHADOWS, brilliantly played by Petzi, supported by the professional bass sounds of Izzi.

In 1965-1966 THE SUN BROTHERS had numerous concert participations. The most unforgettable of these was a performance of the group in concert at Universiada Hall in Sofia (Bulgaria), on the night of December 8th, 1965, in celebration of the Bulgarian Student's Holiday. The Beatles' songs performance by the group made the 4000-students in the audience go nearly crazy, hearing and seeing live the genuine and shattering rock'n'roll performance, breathing in the "fresh air" of the "West"... The Sun Brothers remained on stage for two more hours before they were finally "allowed" to leave.

Unfortunately, there are no preserved recordings of The Sun Brothers.

Photos from participation in concert, rehearsal and maturity ball 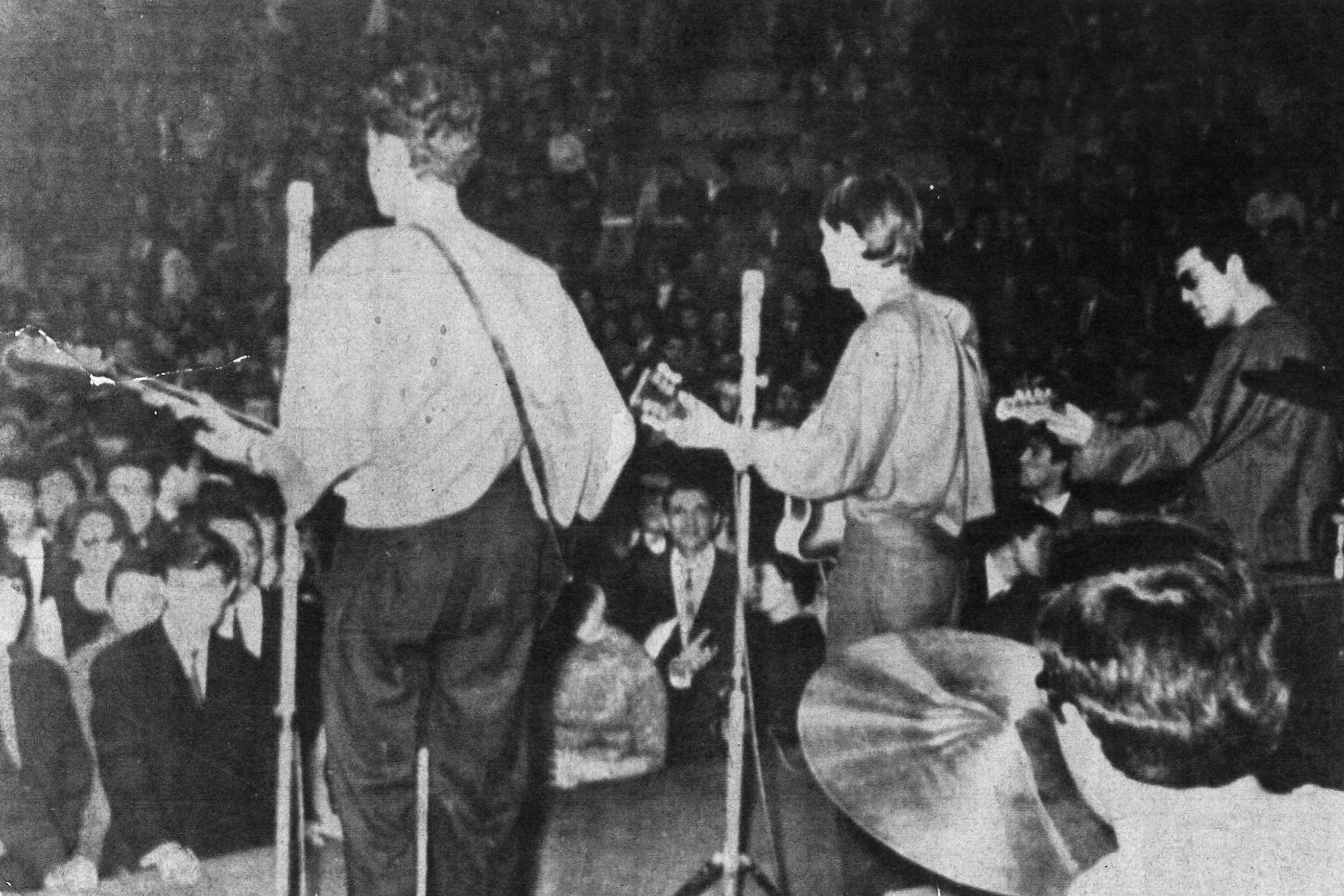 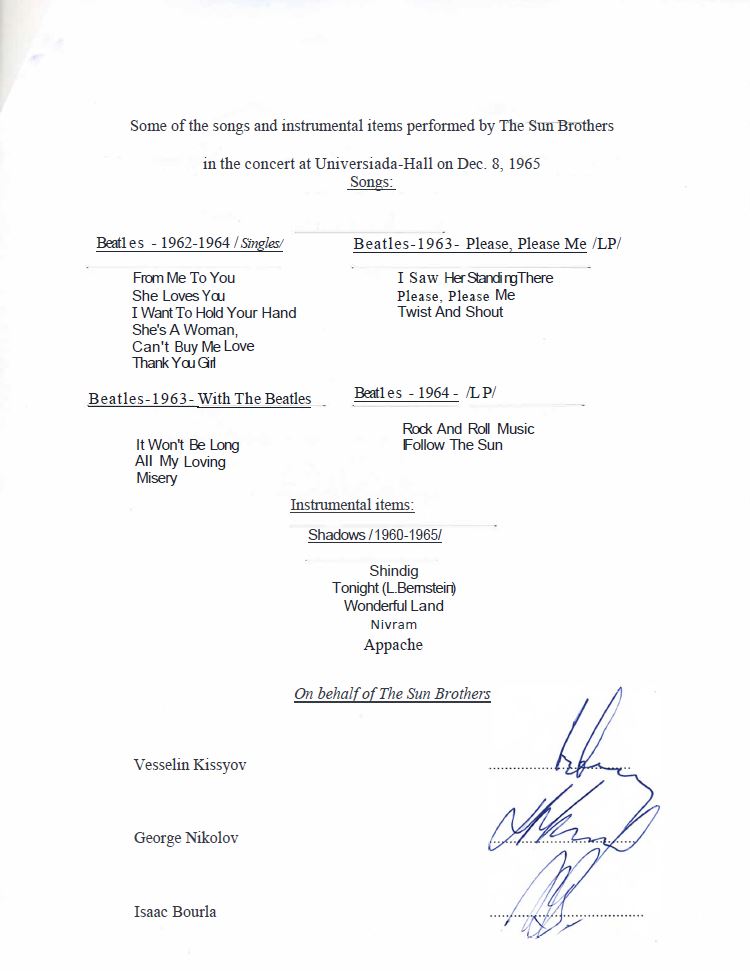 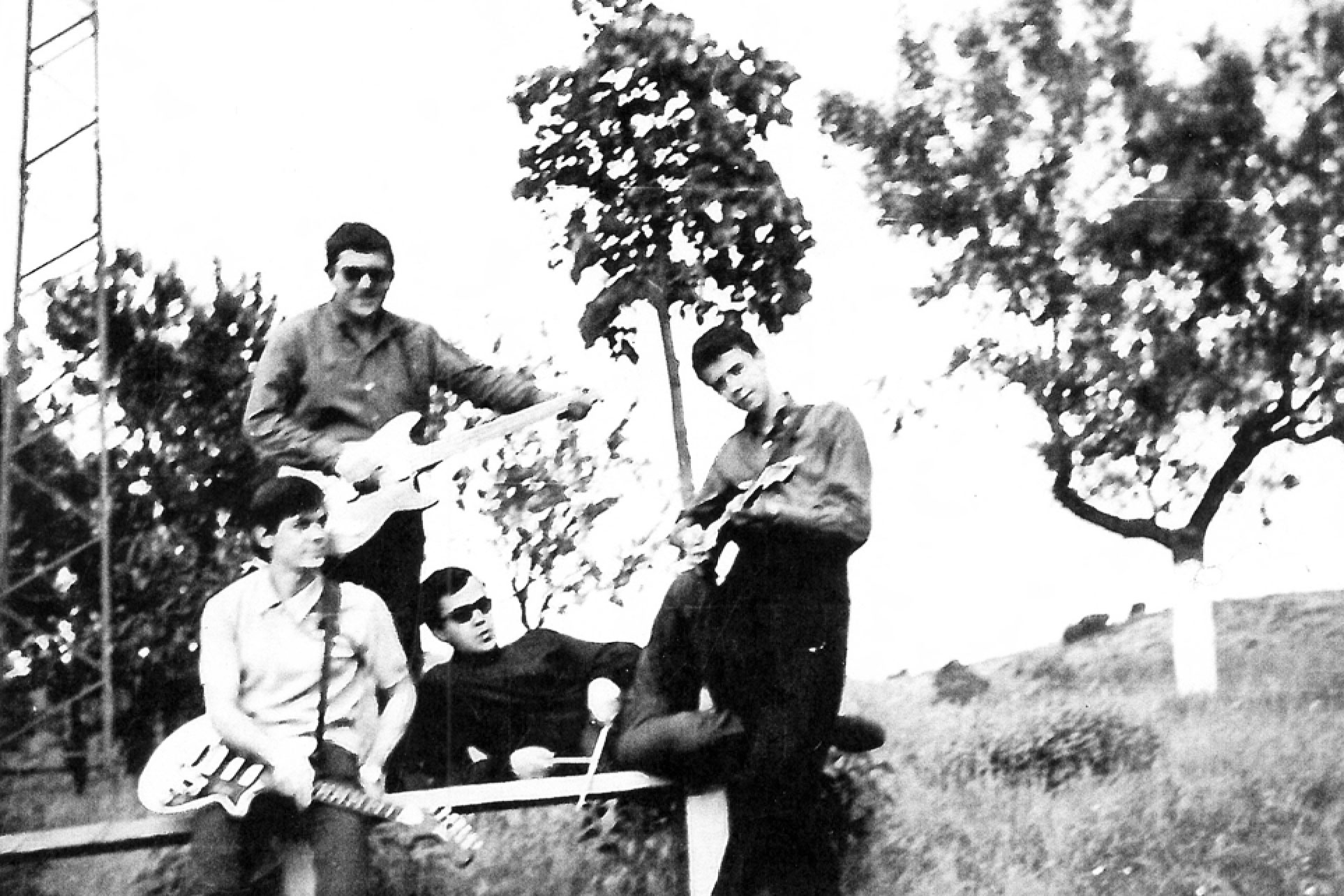 2015: 50-Years Reunion. Members of THE SUN BROTHERS in the fabulous stage sweat-shirts from 1965