The Rock Symphonic Group of Bulgaria

World's Symphonic-Rock Pioneers along with Pink Floyd and YES

After the break up with „Shtourtzite” in 1969, in early 1970 Vesselin Kissyov joins the rock group SLAVINI. The latter is founded the previous year in Sofia by Borislav Panov /Boti/ and four other talented and young musicians. At the time their drummer is still a student in the Fine Arts School.

The leader of SLAVINI, B. Panov personally invites V. Kissyov to join the group in the position of front-man, as he was formerly one of the leading vocals of "Shtourtzite".

Early live performances by SLAVINI are as a rock-group, albeit a quite untypical one: except for the usual 3 guitars and drums, Boti plays the piano or the fiddle, Ivan plays the mandolin; the vocals are often in 5 voices.

Gradually, the main direction of SLAVINI emerges – they become a true symphonic rock group, and moreover – the first and the only one of its kind in Bulgaria. In 1970 it was not widely known that SLAVINI were already among the world pioneers of the symphonic rock genre. A song by PINK FLOYD released in 1970 is considered as the first performance in the symphonic rock style. In 1971, YES (another UK group) releases an album blending „classics” in ensemble with the rock band sound.

In the winter of 1970, SLAVINI begin rehearsals of "Aquarelle" by V. Kissyov, a song that was not included on the vinyl record by „Shtourtzite” in 1969, while V. Kissyov was still in the group. The arrangement is intedned for a grand symphonic orchestra in ensemble with a rock group. Boti constructs the "symphonic staff" using his student-mates as volunteers and conducts rehearsals in a small hall at the State Academy of Music.

SLAVINI and the symphonic orchestra do not share a joint rehearsal, but due to their high professionalism the perfomance of "Aquarelle" comes out perfectly synchronized and enjoys enormous success on stage at Student's House Hall, where the event is held.

And the event is „Gala Concert of the First Youth Pop-Song Contest”, held on April 26, 1970. „Aquarelle” by V. Kissyov with SLAVINI „steals” all the Grand Prizes of the Contest, and especially those for:

MILCHO LEVIEV (Member of the Song Contest Jury), personally awards the "Grand Prix for Composer" to Vesselin Kissyov. The same year Milcho Leviev emigrates to the USA, begins playing the piano for and makes arrangements for the Don Ellis Orchestra.

In the autumn of 1971 V. Kissyov is drafted for 2-years of compuslory military service and in his absence the band SLAVINI ceases to exist.

In 2002 V. Kissyov records instrumental versions of "Aquarelle", "Night Roads" and "March", symphonically arranged by B. Panov-Boti and performed by pianist Dora Draganova (with MIDI instruments). /Listen in excerpts below./ 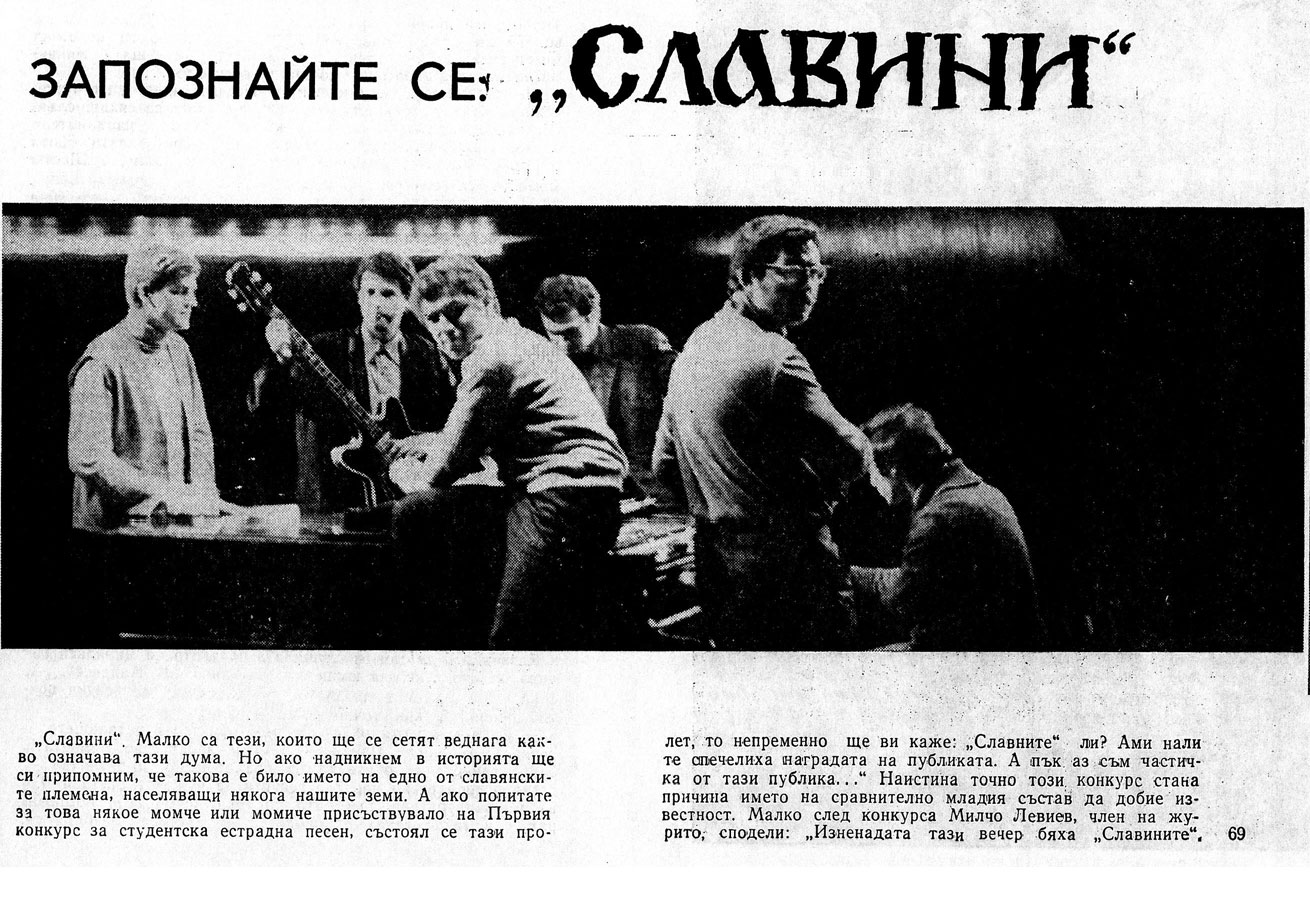 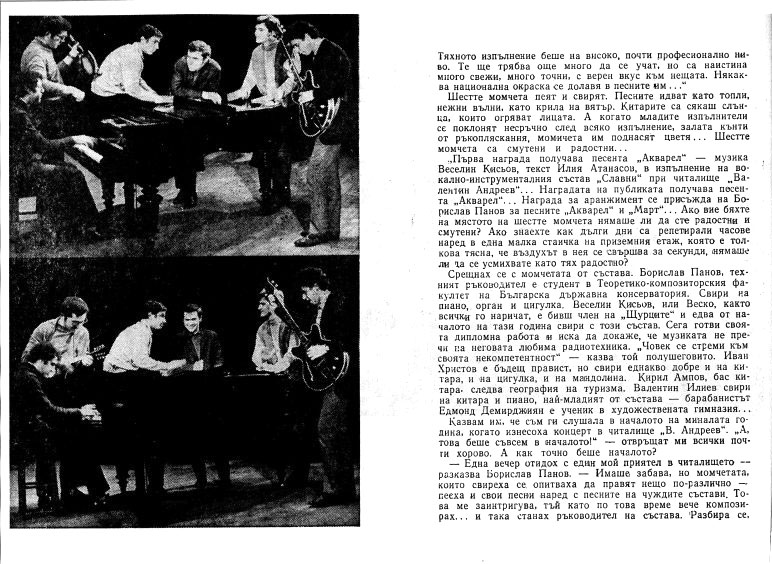